Congratulations to coach Deirdre Erichsen and her Bantam BB girls for winning silver at the London Devilettes Tournament on February 5th, 2017.

The team opened the tournament strong winning 4-0 and 2-1 against Wilmot Wolverines and Markham-Stouffville Stars, securing their spot in the Semi Finals against the Kensington Valley Ravens from Michigan. The semi-final was an exciting affair with both teams trading chances against outstanding goaltending. The Dolphins killed off a 5-3 penalty before sending the game into 4 on 4 overtime. The Dolphins ended the stalemate with just over a minute into the extra frame, sending them to the finals.

In the finals, The Dolphins made their Prime-Time TV Debut on Rogers 13 London in the finals, facing a strong Ancaster Avalanche team who score 3 goals early in the first period which could not be overcome. The Dolphins put up a strong effort with many chances but in the end, had to settle for their second place finish.

The Dolphins would like to congratulation the Ancaster Avalanche on their well-deserved victory, and to thank the London Devilettes Girls Hockey Association and their many volunteers for hosting a great tournament. 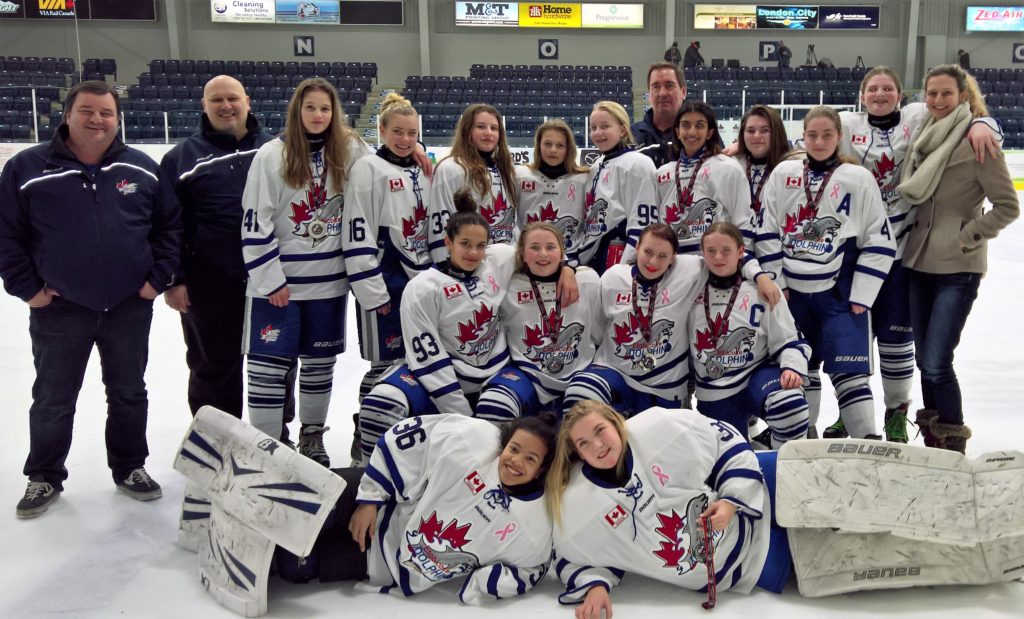