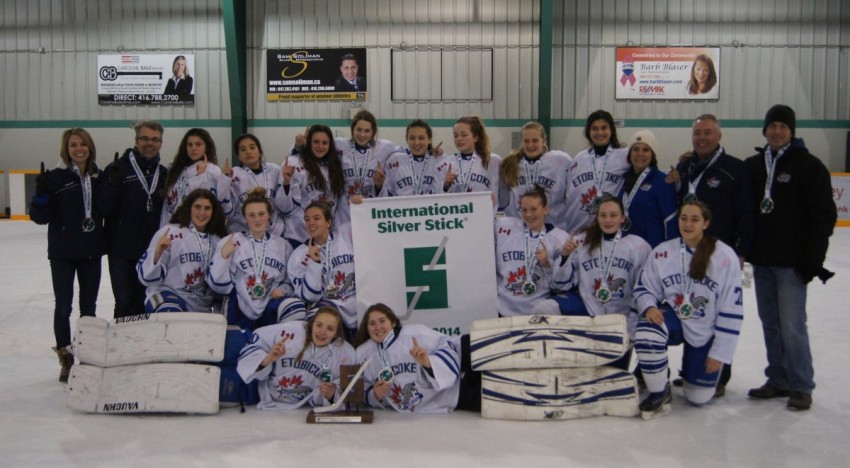 The Etobicoke Dolphins Bantam AA (99’s) captured the International Silver Stick Championship in Aurora, Ontario. After a convincing 4-1 win in the semi versus their long-time rivals from Aurora, the Dolphins faced a tough Oshawa team in a nail-biting final. Regulation play ended in a 1-1 draw and overtime settled nothing. In the shoot-out, Etobicoke scored 3 goals in succession to clinch the championship.

The 99’s battled through some tough games to turn a perfect 6-0 record into a gold medal. In round robin play, the Fins defeated the Barrie Sharks 6-1, Saugeen Lightning 3-1, Peterborough Ice Kats 5-3 and in the quarter final it was Etobicoke 3 and Ottawa Ice 2. The Silver Stick was the third gold medal performance for the 99’ Dolphins this season.