It wasn’t all pretty.  But when it counted, the Dolphins showed the grit and determination that got them to championship weekend.  Through the round robin, Etobicoke was 1-1-1 against Whitby, Sarnia and Brantford, all of which were full tilt encounters.   The question was whether there would be enough in the tank for the gold medal final against the formidable Sarnia Sting that had beaten Etobicoke 3-1 earlier in the tournament, especially without Abby who suffered an injury in that game and was out for tourney.

Through the first period the answer was not at all clear.  The Sting swarmed the Phins, keeping the puck in the Phins’ end for most of the period.   But Ally kept the puck out, and defenders Emma, Lauren, Maddy, Leagh and Victoria were aggressive in front of the net, inviting a few Sting players to have a seat when the puck was in the danger zone.

In the second period, forwards Angelica, Amelia, Aislinn, Trinity, Celena, Mackenzie regained their composure and the forwards in particular went to work.  The forwards forchecked hard and drove to the net, creating scrambles in front of the goalie.  Finally, Emise capitalized on one of them, jumping on and burying a loose puck.

By the third, the Phins’ game really came together and they competed as a pod.  The Sting netminder had to be sharp as Julia, in particular, challenged her on several rushes.  In the end, after the hair of the coaches was either completely grey or absent, the Phins showed what there were made of as they survived a late penalty, and Emise even scored another empty-net seeing -eye shot from her own blue line. 2-0 final.

Well done Phins.  On to provincials. 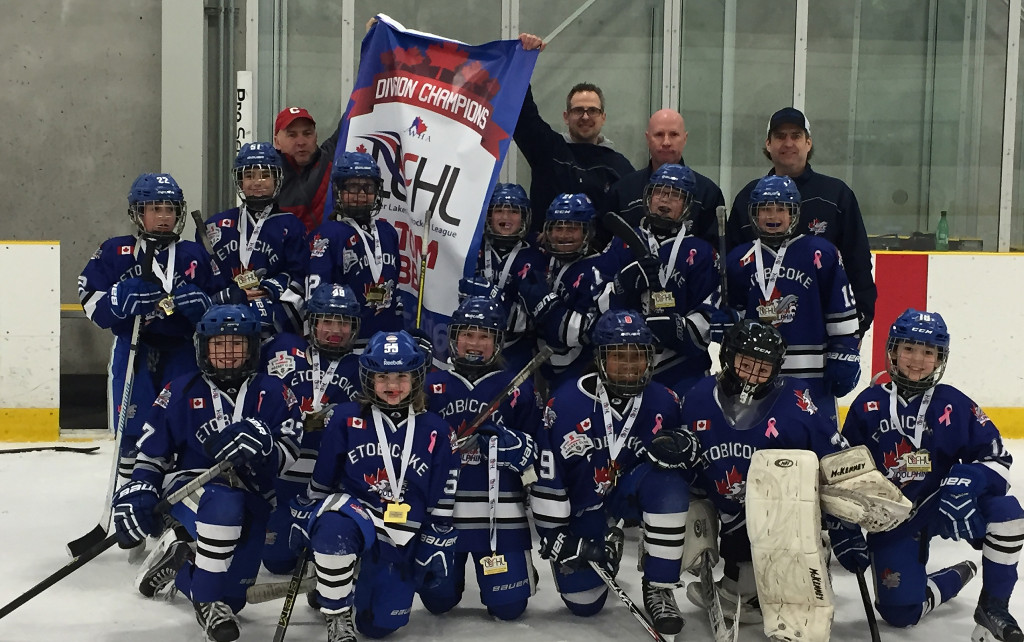