In the first round-robin game, Julia Burkhardt and her defence allowed St. Catharines no second-chances as the Dolphins cruised to a 2-0 shutout.

In the second game, Lily McMaster and her defence shut out the Niagara Rapids.

Violet Angellotti scored four times in the third game against North York. She is now required to eat mini-croissants before every game. Sienna Reeves and Sophia Houle each chipped in two. Reese McCarthy scored the final goal.

In the fourth round-robin game, Fionna McCaw displayed footwork worthy of Giovinco to thwart a 5 on 2 Oshawa rush in the final moments of the game. This tie delivered first place and a bye to the finals.

In the tournament final, Oshawa defeated the Dolphins. Madeleine Macas turned in another strong effort of defence.

All things considered … the Atom BB’s made tremendous progress at both ends of the rink. 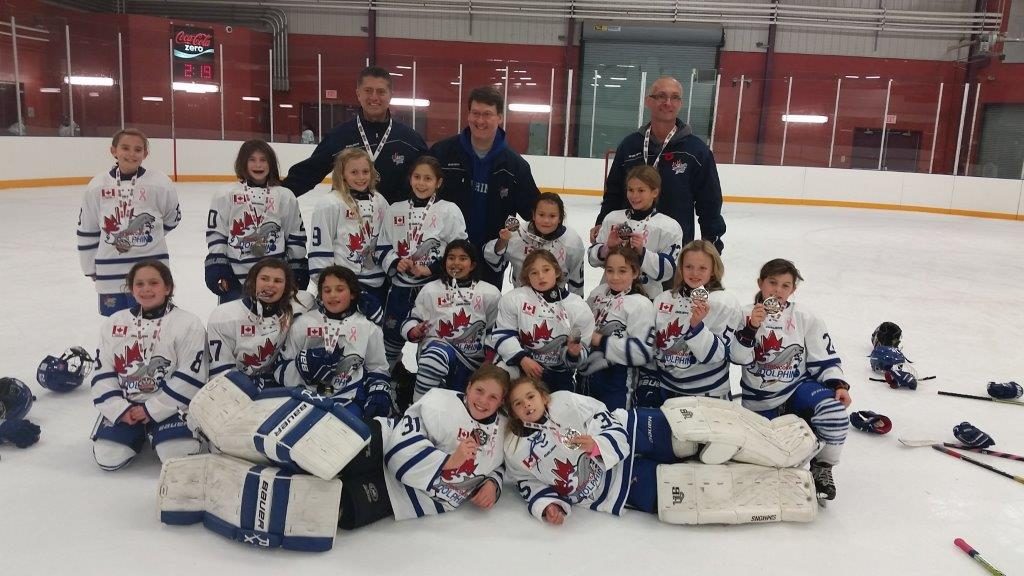