The Atom AA division at LLFHL Championship weekend saw an incredibly competitive final four teams. All but one game in pool play were one goal games or ties. The Atom AA Dolphins secured a spot in the Championship final with a win and two ties in the round robin. They met the London Devilettes who had the same record. The game was tight with the Devilettes scoring in the 2nd period. The players never gave up and dominated the 3rd period. In the final minutes, with the goalie pulled, they hit not one but two crossbars! We came up a little short but are proud of an incredible final, our silver medal and an amazing season. 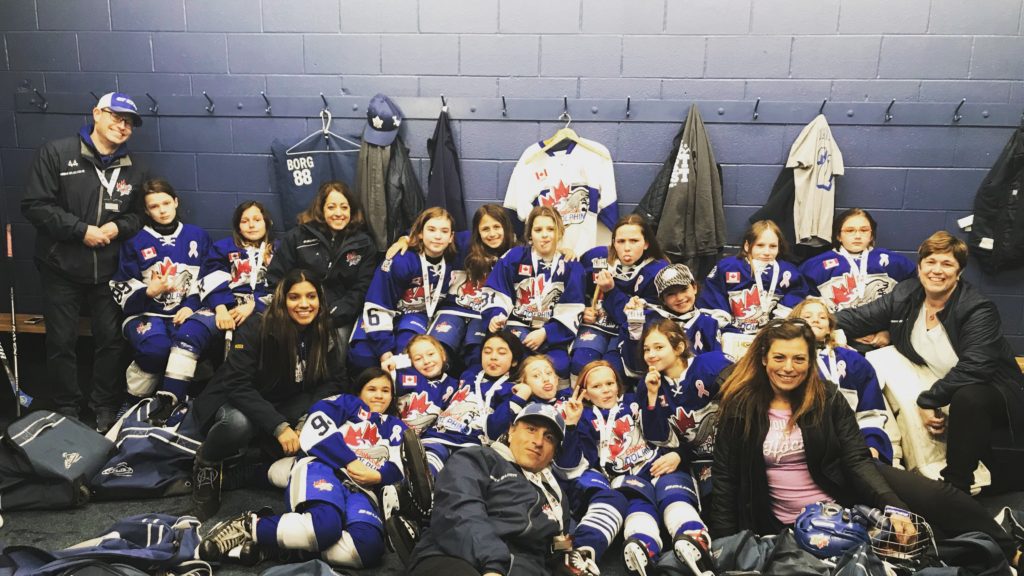